The Japan International Cooperation Agency is the largest bilateral donor for India and it is extending its cooperation and financial assistance in the field of water supply, sewerage and sanitation and other social and infrastructure developments in the country. In view of the existing status of the environment, Guwahati city is without an engineered sewage system and treatment facilities so it goes without saying that implementation of a scientific system of underground sewerage and sewage treatment is absolutely necessary to save the population from a calamity in the near future.

Hence the Government of India has approved the Japan International Cooperation Agency (JICA) assisted Rs 1,178.75 Crores Guwahati Sewerage Project. The proposed project's objective is to provide reliable sewerage services by carrying out the construction of sewerage facilities and an extensive network of sewers in South and East Guwahati, thereby considerably improving sanitation and living conditions of people in Guwahati City.

The progress attained in the execution of the JICA-funded south-central part of the project is such that a 191 million-litre-per-day capacity water treatment plant is being installed at Kharghuli Hillside. 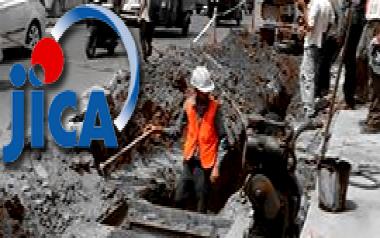